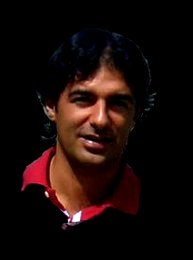 William Piseddu born in Cagliari in 1978. He graduated in Civil Engineering Structures in Cagliari in 2005 with a thesis entitled "The commercial network of the Cagliari city center from Piazza Yenne to San Benedetto Market" -story, structures, colors, image and makeover for a business that changes over time. It places in Sardinia for 3 years as Director of Shipyard.

He held various sales director roles in the services sector, reaching several national awards as one of the best quality awards in the industry in which it operates, studies and deepens with seminars and courses of sales and strategic marketing techniques.

In 2010 he moved to Lombardy, a few steps from Milan, the fashion capital, important place for its growth become a husband and father.

In June 2016 decided to open his own virtual space, as well as the space on social care, having attracted the attention of brands, artists, international journalists.

Today decided to tell even daily with his inventive IS CRAPITAS, name that comes from the language of their country of origin, Sardinia and term that would indicate precisely translated "shoes" just to identify that way of saying that he did his "In sa vida non contada su passu chi fais, ma s'arrastu chi lassas"- In life is not important step you take, but the imprint remains etched

Copyright is crapitas ©  All Rights Reserved